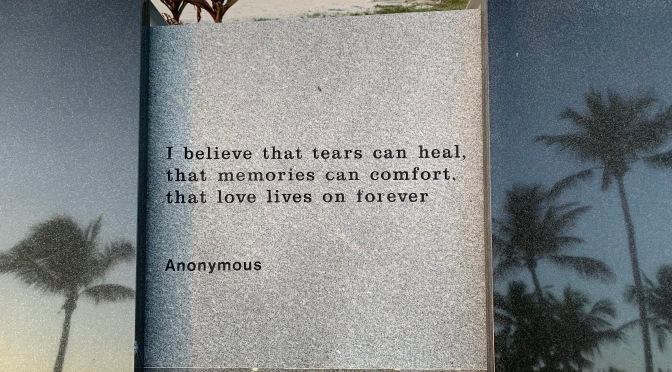 We loved Key West.  The boat was there for about six weeks, much longer than we had originally planned, for both good and very bad reasons.  It is a difficult story to tell.  I will tell of our visit in two parts.  This is Part 1.

I really would like this to be about all the wonderful fun that Key West has to offer.  And I will do some of that, but in a separate post.  This one has to be a post about painful loss.  Both are part of cruising, and life, so I will tell the story as best I can.

We had been in Key West for 10 days.  We were settling in to a nice rhythm of daily life, seeing the sights and getting to know the town.  The weather was cool and lovely.  Life was good.

Then we got the phone call from my brother.  It was cryptic and serious, with little information.  My dad had been “hurt in an accident involving equipment.  I don’t have any details.  I am on my way to the hospital.” Bruce and I were confused, concerned, and helpless to do anything.  We just had to wait for more information.  It was a difficult two hours for us, but it was far more difficult for my Mom and brother at home.

Bruce and I speculated and worried, and tried to figure out what had happened.  We tried to call my Mom.  We reached my sister-in-law who was on her way to the hospital but knew nothing. We called a friend who had been on our town’s EMS crew, but could not reach him.

Then the call came from my brother, who was at the hospital.  Dad had not made it. Killed in a horrible, tragic freak accident at home.

I think when you hear news like that, you go into shock pretty quickly.  I don’t recall exactly how I processed it.  I do know Bruce and I were standing on a specific street corner in Key West with the dogs.

The rest of the day is a blur.  Within a few hours I was on a flight out of Key West and headed back to Rhode Island.  A friend would meet me at the airport and drive me to my Mom’s house.  Bruce was to follow the next day in a rental car with the dogs, a marathon drive up the east coast, racing to beat a winter storm into New England.  I thanked our lucky stars that the boat was in a totally safe and secure spot and transportation was immediately available. We didn’t have to move the boat an inch or even re-tie a line.  The airport and rental cars were just a few miles away.

Here this morning. Healthy, active, looking for his next boat to buy. Then gone. I had dreaded losing a parent for years but never imagined in my wildest nightmares that it would happen as it did.  For the next few days I felt like I was stuck on the stage of a bad horror movie and couldn’t find the exit.

What happened is loosely described in this article.  A tragic accident.  No one to blame.  A hurried moment, a missed step.  And it’s over.  The record gets replayed over and over: if  something, just one small thing, had happened differently…but it didn’t.  Soon, reality takes over and forces you to accept the truth.  But it isn’t easy.

Dad was a wonderful man.  Devoted to his small family, he was generous, kind, accomplished, and had deep roots in the community.  We were so very lucky to have him as a father.  We have been astonished at the response we have experienced in the wake of his death, the outpouring of support from friends near and far, and messages from those we barely knew who had been touched by Dad’s humanity.  It helps, but it changes nothing.  Here is the obituary that my brother wrote.  He captured Dad beautifully in a very short space.

Key West will always retain an element of sadness for me, as it will for ever be linked to losing Dad.  But it will also endure as a place of kind embrace, where the healing began to take hold after Bruce, the pups and I returned from our sudden and sad trip home. 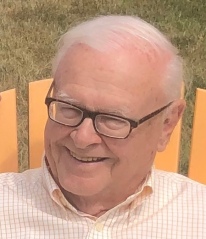 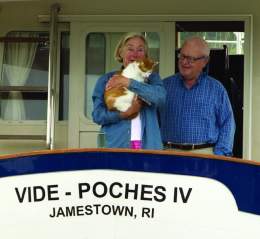 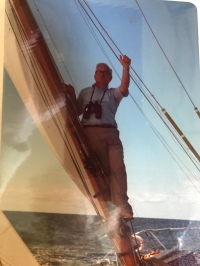 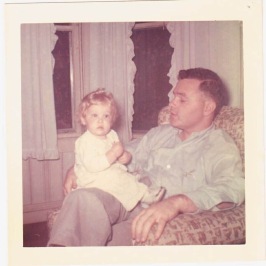